News around the community

Crime case against Seng Xiong, Steve Moua ( Txiv Yag Ntxhw ) in 1999.  They teamed up and scammed over thousands of dollars ($100,000 from one victim) from hmong seniors for illegal gambling held in motels.  Steve Moua, he used to be a dealer in casinos.

HMONG TEBCHAW SCAM going on i believed few years now.  They are doing again this time with false promises to have a Hmong Country; again stealing thousands dollars from the community already targeting vulnerable Hmong seniors.  Perhaps you parents or yourself already sent them money believing in their lies.  These Hmong scammers are making Hmong community look bad.  Seng and Steve never learned their lesson.  Please report them to FBI or local police.  Spread the words and stop these crooks in Hmong community.  These crooks are sick and need to be lock up.  Enough of all these bad apples in community. 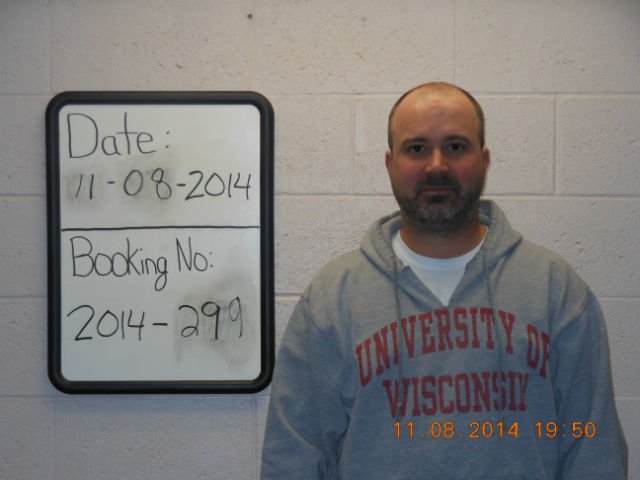 Pepin Co. (WQOW) - Charges have been filed against a Pepin man accused of severely beating a Hmong hunter.

Kevin Elberg was charged Wednesday with aggravated battery and false imprisonment. He is accused of attacking 64-year old Sao Lue Vang as he hunted in Pepin County last month.

According to the charges, Vang told investigators he was hunting on public land when he must have wandered on to private land and was confronted by Elberg, who was hunting on his father's land at the time. Vang said he apologized several times, but that Elberg knocked him down while his back was turned, and repeatedly hit and kicked him.

Investigators say Elberg claims Vang pointed a rifle at him, but Vang says it was slung over his shoulder the entire time.

Elberg is due in court on December 15.

Pepin County (WQOW) - After 6 months of deliberations in the courtroom, a Pepin County man accepted a plea bargain on Tuesday.Kevin Elberg, from Pepin, has been convicted of severely beating a hunter who trespassed onto his family's land. Tuesday's court hearing was an emotional one for supporters of both Kevin Elberg and Sao Lue Vang.

A court room was filled with statements from both sides during Elberg's court hearing. Sao Lue Vang said, with a translator's assistance, said, "My message to Mr. Elberg and his family. I want to say that I am not your enemy, and we are not at war." Elberg's attorney, Lars Helmer Loberg, said, the incident was unfortunate and an horrible incident. "These two parties misunderstood one another."

Judge James Duvall said he does not believe Vang pointed his rifle at Elberg and that Elberg beat Vang because he is Hmong. "He (Elberg) said he did not intend for this to be racially motivated.”

News 18 first reported in November when Elberg was accused of attacking Menomonie resident, Sao Lue Vang, when Vang trespassed while squirrel hunting. Vang suffered a lacerated liver, internal injuries and other bleeding. Tou Ger Bennett Xiong, a representative for the Vang family, said, "I think the family feels if there was a trial, we would get to hear both sides of the story from detail to detail and the jury can make the decisions for themselves."

Elberg pleaded no contest to a misdemeanor charge on Tuesday. He was originally facing two felonies. Elberg was sentenced to 10 days in jail and two years probation. He must also serve 72 hours of community service in the Hmong community, and he cannot hunt until his hours are completed.

Shoua Vang, Sao Lue Vang's daughter, said the family is not pleased with the judge's decision and how the district attorney handled the case. “We do not feel that this was a just decision and that justice was served today." Vang said, "I fear there will be more incidents like this to come.

The topic of whether race played a role in the case was discussed. Judge Duvall said, "Some perceive, might perceive unfairness because Mr. Elberg's a white guy. The D.A's a white man, and now the judge that is talking is a white man.”

Again, the judge said although it appears everyone involved in the case other than Vang is white, race did not factor into Tuesday's outcome. Instead, he called it a case involving communication and language barriers.

News 18 reached out to Elberg and his attorney for comment but both declined to go on camera. The Vang family said it plans to pursue a civil case against Elberg and is talking to attorneys.This case has drawn a lot of comments on News 18's Facebook page. Some people are calling the sentence a “slap on the wrist”. Others are saying charges should have been dismissed.

Pepin County (WQOW) - A Pepin County man accused of beating a Menomonie hunter, who trespassed onto his family's land, was found guilty by a judge Tuesday in court.

Kevin Elberg was sentenced to 10 days in jail and two years probation. He pleaded no contest to a charge of misdemeanor battery Tuesday.

Elberg, from Pepin is accused of attacking Sao Lue Vang, 64, when Vang trespassed while squirrel hunting in November. Vang suffered a lacerated liver, internal injuries and other bleeding.

WQOW News 18 first reported in December that Elberg was charged with aggravated battery and false imprisonment.

Pepin County (WQOW) - A Pepin County man accused of beating a Menomonie hunter, who had trespassed onto his family's land, was back in court on Monday.

Kevin Elberg, from Pepin, pleaded not guilty in court Monday morning on the charge of aggravated battery with intent to do bodily harm. Elberg is accused of attacking Sao Lue Vang, 64, when Vang trespassed while squirrel hunting in November 2014. Vang suffered a lacerated liver, internal injuries and other bleeding.

WQOW News 18 first reported in December that Elberg was charged with aggravated battery and false imprisonment. Recently, the district attorney dropped the false imprisonment charge. Vang's family said it was because of insufficient evidence to prove that Elberg held Vang against his will.

The forms below can be download/print/full screen by clicking the button on the top right hand corner of the form below.

Monument in MN ground breaking in May 2015 will be completed in June 11th, 2016 please mark your calendar.

Secretary of Thao United of Minnesota

* This website has been modified over the years since June of 2013. Thao United of Minnesota will continue to make updates as necessary to keep the informations on this website current and up to date.

Thank you for visiting Thao United of Minnesota